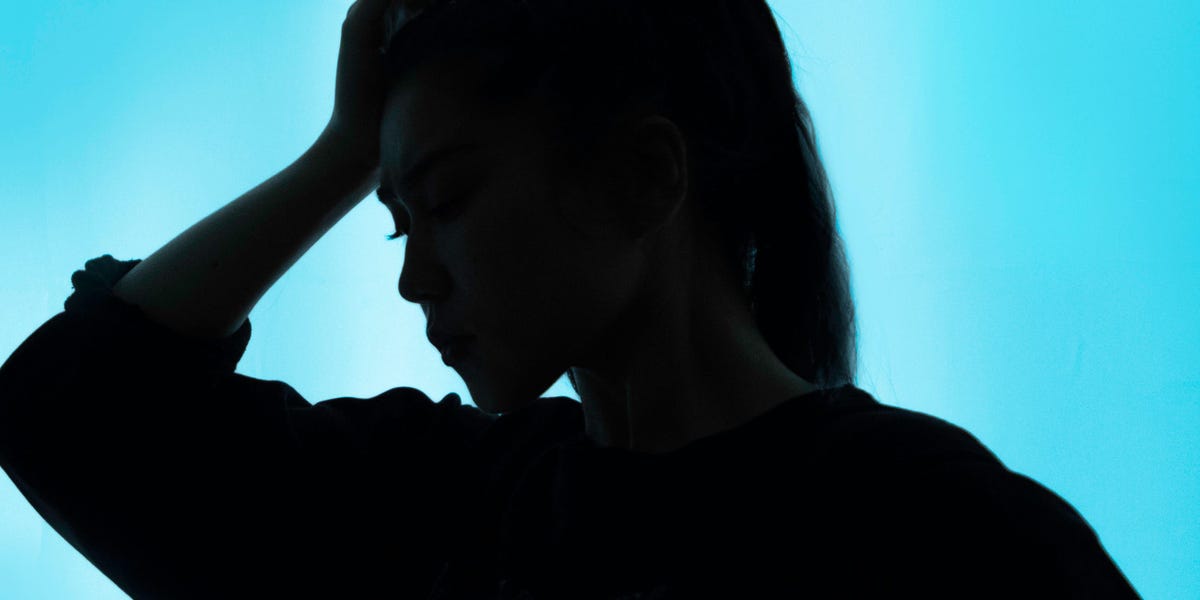 Six months after testing positive for COVID-19, one in eight survivors are diagnosed with a neurological or psychiatric illness like dementia for the first time in their lives, a study led by Oxford researchers found.

Patients who’ve been hospitalized are especially susceptible to psychiatric complications, though even non-hospitalized patients had an increased risk for issues like depression and stroke, the study also found.

The findings, which have not yet been peer-reviewed, add to growing evidence that the coronavirus can lead to short- and long-term cognitive and mental health issues. Just how long they persist remains to be seen.

The study included more than 200,000 coronavirus patients in the US

To conduct the study, the researchers looked at the health records of 236,379 US coronavirus survivors.

They found that, within six months, 33.6% of the coronavirus survivors received a neurological or psychiatric diagnosis; 13% received such a diagnosis for the first time.

Patients who’d been hospitalized, and particularly those who’d experienced encephalopathy, a broad term describing altered brain function or structure, were particularly at risk for mental illnesses.

Most of the conditions — including stroke, intracranial hemorrhage, dementia, and psychotic disorders — were more common than in a comparable group of patients who’d had the flu or a respiratory tract infection, the researchers found. It’s unlikely simply being under clinicians’ care is what led to an increase in mental health diagnoses, the authors said

While the researchers took into account factors like age, sex, race, underlying conditions, and socioeconomic status, the study was still subject to some limitations. It couldn’t prove cause and effect, for one, nor are electronic medical records flawless. The first time a diagnosis is entered into a database isn’t always the first time a person is diagnosed, and the records tend to lack descriptions of socioeconomic and lifestyle factors.

Still, when set against findings from a study led by the same researcher looking at neurological complications after three months of a COVID-19 diagnosis, the study helps fill in the picture of which brain-based conditions are most common at different stages of survival.

“For diagnoses like a stroke or an intracranial bleed, the risk does tend to decrease quite dramatically within six months,” Dr. Max Taquet of the department of psychiatry at the University of Oxford, told the Guardian. “But for a few neurological and psychiatric diagnoses, we don’t have the answer about when it’s going to stop.”

Past studies have shown how COVID-19 can have wide-ranging cognitive and neurological consequences, including head and muscle aches, confusion and dizziness, seizures and strokes, and brain swelling and delirium.

Experts continue to hunt for reasons why a virus that was once thought of as strictly respiratory can do such damage to the brain.

It’s understandable that the nervous system can be affected by COVID-19 if, for example, the virus’s impact on the lungs and heart make it tough to get enough oxygen to the brain. That in turn can contribute to the strokes some COVID-19 patients have experienced.

The virus may also infect the brain directly, some researchers say, and the immune system’s reaction to it can cause inflammation that damages the brain and nerves.

Some experts fear that for some survivors, some effects may be permanent, or even lead to another epidemic of brain damage.

“My worry is that we have millions of people with COVID-19 now. And if in a year’s time we have 10 million recovered people, and those people have cognitive deficits … then that’s going to affect their ability to work and their ability to go about activities of daily living,” Adrian Owen, a neuroscientist at Western University in Canada, told Reuters.